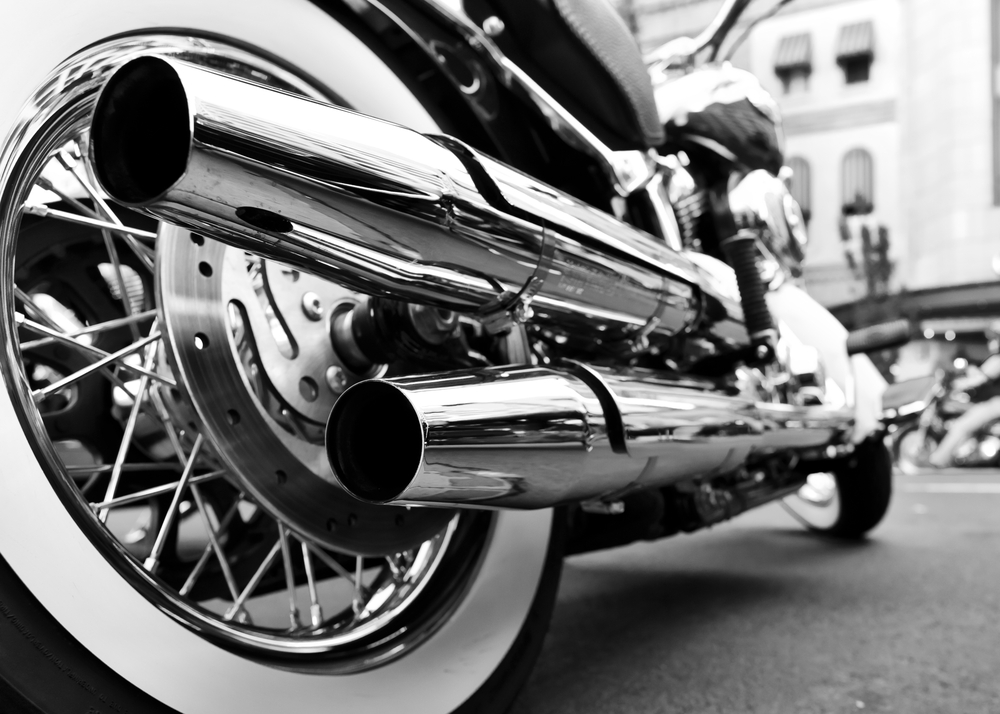 Motorcyclists are always searching for ways to avoid being hit by distracted drivers—and for good reason. According to the Insurance Information Institute (III), motorcyclists were 29 times more likely to die in traffic collisions than car occupants, per mile traveled. A crash that might just be a fender bender between a couple of two-ton vehicles can be a fatal incident if one of those parties were on a motorcycle instead of cocooned inside a car behind metal, safety glass, and front/side airbags.

Helmets, gloves, leather, bright colors, defensive riding, and motorcycle armor are just a few elements some motorcyclists employ when it comes to protecting their lives on the roads around Glendale. Protective clothing and helmets can obviously make a difference in the severity of a crash.

Safe riding practices like taking the center of the lane and watching out for approaching vehicles on side streets that may fail to give you the right of way can help prevent a motorcycle crash from happening in the first place.

But what about riding an extra loud motorcycle? Does the noise help wake up distracted drivers and alert them of your presence? As it turns out, the safety behind extra loud exhaust pipes may simply be a myth.

How Common Are Two-Vehicle Motorcycle Crashes?

Over 5,000 motorcyclists die each year, while an additional 80,000 to 100,000 are seriously injured in motorcycle crashes, according to the III. Some of these crashes involve solitary motorcyclists and no other parties. After all, slick road conditions, unfamiliarity with the area and the bends in the road, and rider inexperience can all lead to crashes.

However, many of the most serious crashes involve another road user: a passenger vehicle driver or a commercial vehicle operator. There are four main types of these multi-vehicle motorcycle collisions in which the driver is at fault:

The thinking behind extra loud pipes being safer is that the driver will hear the motorcyclist early on, be on the lookout for the motorcyclist, and drive appropriately by checking their mirrors or at least looking up from their unfinished text message. However, even if having extra loud pipes does alert a car or truck driver of a motorcyclist’s presence, it would really only apply in one of the above scenarios.

In a sideswipe collision, in which a car or truck driver could theoretically hear the motorcyclist approaching (from behind or at the side) and stay in their lane of traffic or check their mirrors before changing lanes. In all other types of crashes, there would not be enough time for the driver to hear the motorcyclist and then change their course. And, as discussed below, a study found that by the time a driver hears a motorcyclist from behind, it is already too late to react.

Romanian Study on Motorcycle Decibels Heard Within a Car

According to Auto Week, a study in Romania found that the saying “loud pipes save lives” is a myth. The study concluded that the earliest a driver would reasonably be able to hear a motorcyclist from behind would not occur until the motorcyclists, who were redlining the engines in the study until they were closer than 33 feet behind the car, at which point it would be too late to react differently. The study results:

Riding a bike with extra loud pipes may, in fact, be even more dangerous than riding a quieter motorcycle. Noise fatigue—exposure to extra loud noises for a prolonged period of time—decreases a rider’s attention to the traffic around them, inhibits their ability to react in an emergency situation, and essentially dulls their senses. Extra loud pipes can also cause short-term hearing impairment or hearing loss over time, and both of these have an obviously negative impact on riding safety.

Another argument against having extra loud pipes is the possibility of passing a driver, who was initially unaware of your presence, and then startling them at the last second as you pass, causing them to step on the brakes or swerve. This scenario is especially dangerous when passing between lanes (lane splitting), which is, of course, completely legal here in California, yet still comes with a few risks.

You can be doing everything right and still get hit by a distracted, speeding, aggressive, or drunk driver. Motorcycle crash victims usually have serious injuries, large hospital bills, months of recovery during which they cannot work, and other major bills and expenses. It is certainly worth your time and energy to pursue compensation from the at-fault driver. We here at Ourfalian & Ourfalian urge you to contact one of our Glendale motorcycle accident attorneys today at (818) 550–7777 for a free consultation.